Nike Sportswear announced the release of the Nike Air Max 97 Tiger Camo. Two colorways are available, a black and an olive green one.

The shoes are built with leather and with camo underlay appearing in a textile upper. The military look is really all over these pairs.

The Nike Air Max 97 Tiger Camo first appeared back in March. Even if the major colors here are black and olive, the camo print sure takes the lead in terms of attention.

The “Khaki-Velvet Brown” military-inspired print is shown on the wavy built lines and on the Swoosh side panel. This new rendition also includes 3M reflective accents on the side and on the tongue area.

The Nike Air Max 97 Tiger Camo is now available at stores such as Packer Shoes and also soon at Nike.com. If you are a fan of the Air Max, make sure to check out the latest Air Max 98 Habanero Red. 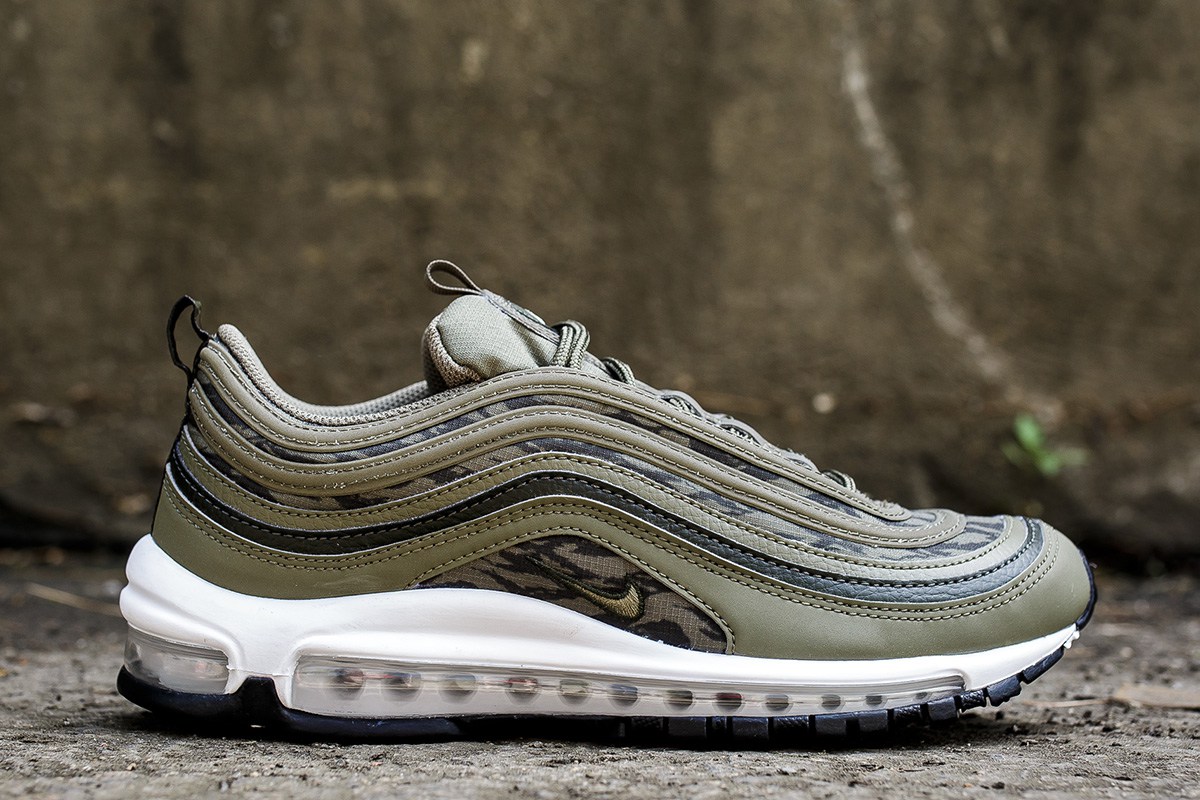 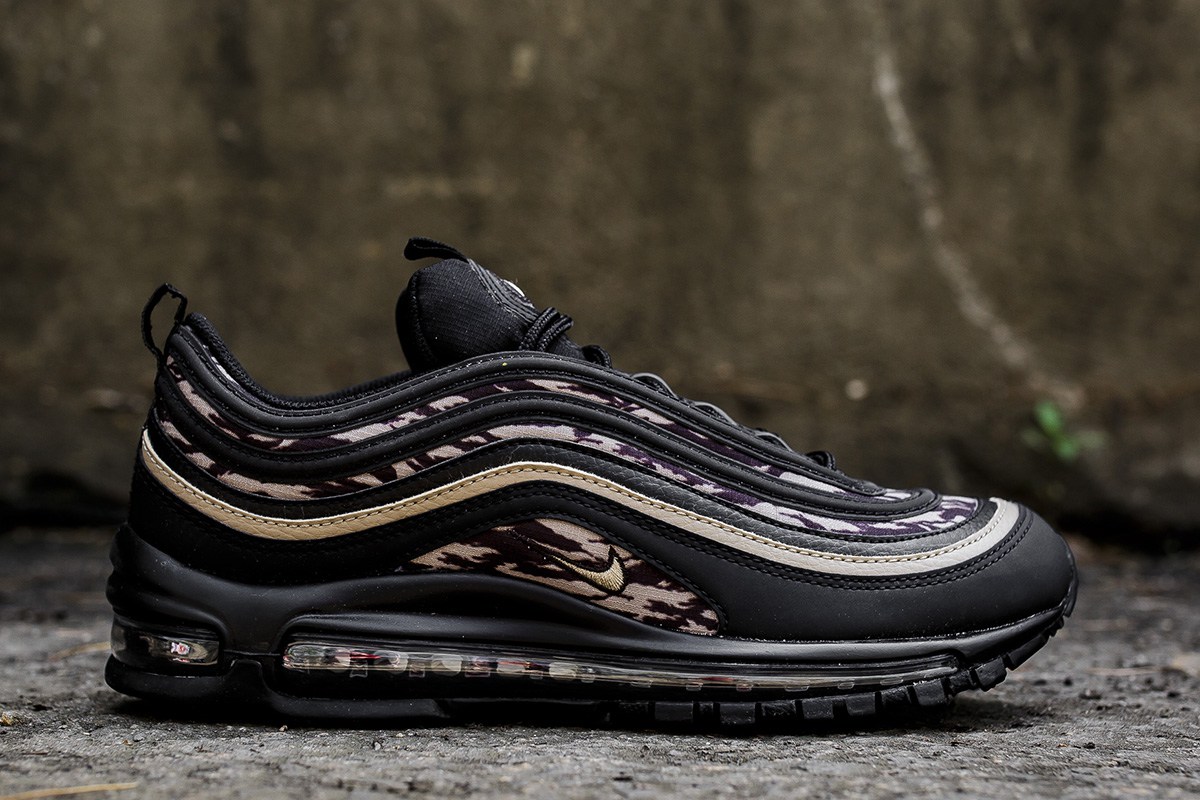